Adam Rainer is the only person in the history to have been both a dwarf as well as a giant over the course of his lifetime.

He is called “medical disorder”. Being a dwarf is not a very strange thing. But being a dwarf and a giant at the same time it is very unusual and that’s very extraordinary case. Adam Rainer is born at 1899 in Graz, Austria as a normal and healthy child. The both of his parents were average-sized. And his growing up process was very tough. He was a dwarf. At age of 19, Rainer was still considered as a dwarf, being nearly 2 inches below the cut-off.

He was rejected od the army even two times in a row. The army rejected him on the basis of his height. Although he was short, he had abnormally large hands and feet for his height.

After three years, at the age of 21, all his life has changed. He started growing up enormously. As a result of his fast growth, he started suffering from a severe spinal curvature. Growing up as a tall young man maybe was the happiest moment in Rainer’s life. But his growth didn’t stop. It was discovered that in this case, he was suffering from a condition known as acromegaly. This condition was caused by a tumor which contributed to the secretion of growth hormones. 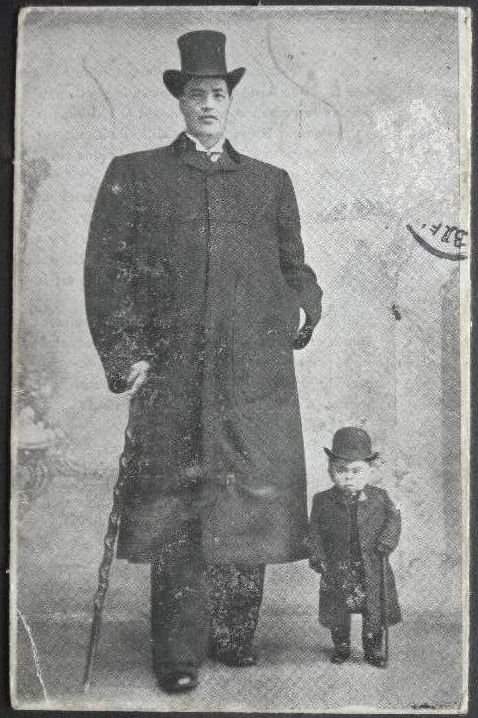 He was operated despite believing the chances for success were small as a result of the fact that the tumor was growing in his body for over a decade. With the operation, his growth was slowed but not stopped. He died at age of 50. He had problematic health because of his tumor. But definitely, he is a medical wonder.