The President John Fitzgerald Kennedy is connected with so many conspiracy theories about his assassination. The assassination which happened on November 22, 1963, has spurred numerous conspiracy theories. The most often theory is that there was more than one shooter involved. The Warren Commission concluded that Lee Harvey Oswald was the only person responsible for assassinating the President. Other theories are that it was an organized act by a group of people. 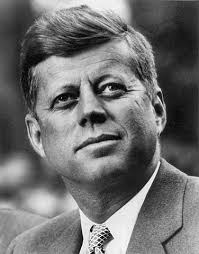 It was also considered that perhaps some important state institutions are responsible for the assassination. Some of these institutions were the FBI, the Soviet Union, Cuban Prime Minister Fidel Castro or the Mafia.

The September 11 attacks were an ‘inside’ job

The leading conspiracy theory concerning the terrorist attacks on the US on September 11, 2001, it’s related to the collapse of World Trade Centre Tower 7. The first and official version is that flaming debris of burning skyscrapers flew into the several floors in the building. The National Institute of Standards and Technology concluded: the heat brought the tower down. People are not convinced in the official story given to them by their own government.

The moon landings were faked

Moon landing conspiracy theories claim that some or all elements of the Apollo program and the associated Moon landings were directed by NASA or maybe some other organizations. Some beliefs are that NASA and the Government of US faked the moon landing in July 1969. It is claimed Apollo 11 astronauts Neil Armstrong and Buzz Aldrin are just actors and models. Because all the images were filmed in a studio.

On daily basis, there are so many UFO-related conspiracy theories. But there is one case that is often mentioned in the public press it’s about the Roswell incident. In 1947, a United States Army Air Forces balloon crashed at a ranch near Roswell, New Mexico. Witnesses and the army saw that flying object. The following week, the title came out: ‘RAAF Captures Flying Saucer On Ranch in Rosewell Region.’ The next day another press release was issued, with claims that it was just weather balloon.

The Illuminati control the world

They are considered to be very influential people. People in the sphere of economics, politics and many celebrities. According to some claims, they exist in order to rule the world and attempting to control humanity. Illuminates originate from the mid-1700s, founded by Bavarian law professor Adam Weishaupt. His purpose was to create a smart and modern society with different with different views of the church. Nowadays they are considered to be a society based on power, money and influence.

Since the days of Greek antiquity, it’s known that the Earth is round. In 1522, Ferdinand Magellan’s circumnavigation of the globe by ship provided experiential proof that the world was round. The flat Earth model is an archaic conception of Earth’s shape as a pancake. Flat Earth Theories begin to be polemized at the end of the 20th century.

Planet X (or Nibiru) and the end of the world

The end of the world (according to the Internet) is at least once a year. Over the years, NASA discovered that there is one more planet in the solar system and it’s called Planet X or Nibiru. The existence of this planet is grounded in order to destroy the planet Earth and its inhabitants. The belief was that the cataclysm would occur on April 23, 2018, but four months passed and the planet Earth still exists. 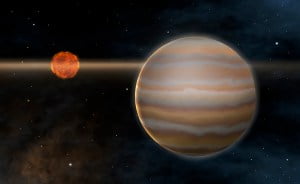 Paul McCartney was killed and replaced with a lookalike

“Paul is dead” is the most famous urban legend and conspiracy theory about English rock band the Beatles. Аssumptions are that he died in a car accident in 1966 and was immediately replaced by a lookalike. Conspiracy theorists point to lyrics, album covers and the voices behind. Members of the band had little difficulty in accepting the new Paul. In an interview in a local magazine, in 2015 Ringo Star reveals Paul McCartney is dead his replacement was William Shears Campbell.

Elvis, Jim Morrison, Tupac and a host of other celebrities are still alive

Many of the celebrities who are deceased are thought to be alive. Including the hard daily life, maybe they just had enough and decided to live the life as ordinary mortals. Some of them are seen, and for some, it is thought that even their funeral is being faked. Perhaps they are really alive or just a desire of sorrowful fans.

A false flag is a covert operation. The deception creates the appearance of a particular group or nation responsible for some activity, disguising the actual source of responsibility. Nowadays, flags are used at a time when some nation or other countries are attacked. That sign makes the attacks appear to be by enemy nations or terrorists, thus giving the nation that was supposedly attacked a pretext for domestic repression and foreign military aggression.

The Royal Family are ‘shape-shifting lizards’

This is actually a claim of David Icke. He says that the British Royal family are a species of lizard-humanoids, who can shape-shift between the two, has been dismissed by a top occult practitioner.