A footprint found on the Red Planet undoubtedly serves as evidence that life on Mars is indeed possible or that, at least, astronauts had already set foot on this planet.

This controversial picture is available on the official NASA server as well which makes the whole thing very weird. But it’s even weirder how this footprint resembles the footprints the astronauts left behind on the lunar surface.

NASA’s caption officially explains that the footprint is, in fact, “soil disturbed by the left front wheel of the Spirit rover evokes impressions of the first footprint on Mars.”

The Spirit rover, on the other hand, leaves traces which can be seen on the photo beneath. 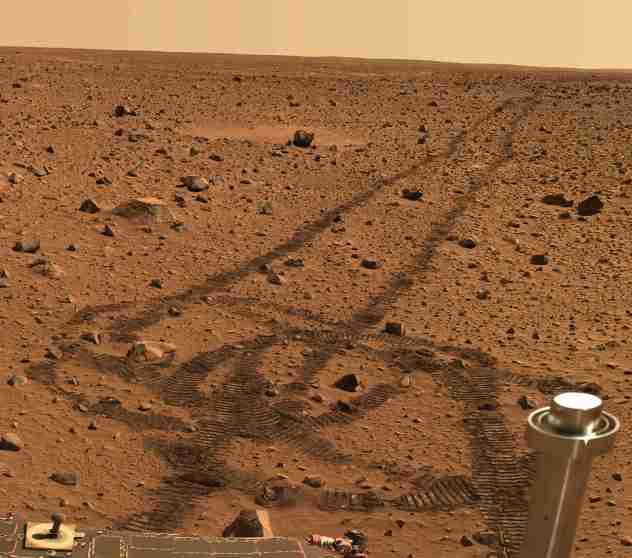 As the following image clearly shows, the tracks the Spirit rover leaves behind don’t look like the aforementioned footprint.

Instead, the controversial print is unique with regard to where weight was used, in particular, the peak and the bottom.

The same thing is characteristic for the print on the moon. Therefore, many will conclude it is a footprint left by astronauts wearing space shoes. 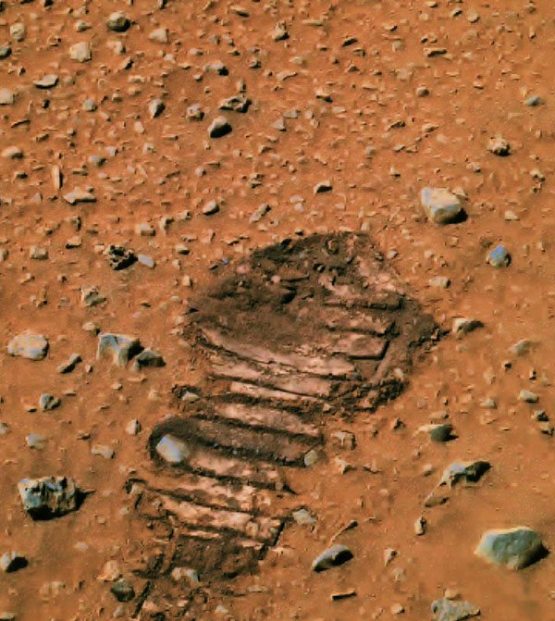 We are aware that NASA hides many things from the public. Taking everything in mind, this image could be the evidence we missed to terminate whether humans have stepped on the Red Planet or not.

As you already know, there were many whistle-blowers who said there had been secret manned missions to Mars. Some of them even claimed to have engaged in those missions.

Read Also: ARE MEN ALREADY ON MARS? Ex NASA Agent Claims They Are!