Archaeologists excavating in the region of western Iran have discovered a skeleton of an ancient giant fenced in precious relics.

There are many stories of ancient giants living on Earth in the distant past. The Middle East including Iran is especially abundant in such accounts. Therefore, the recently unearthed skeleton in modern-day Iran only adds to the mystery of these stories.

The aforementioned ancient giant presumably existed about 500 AD. Researchers unveiled his remnants digging in the Iranian province of Lorestan.

His body remains were surrounded by many valuable artifacts which date back to the same age when he existed, meaning he was likely buried with his personal possessions. 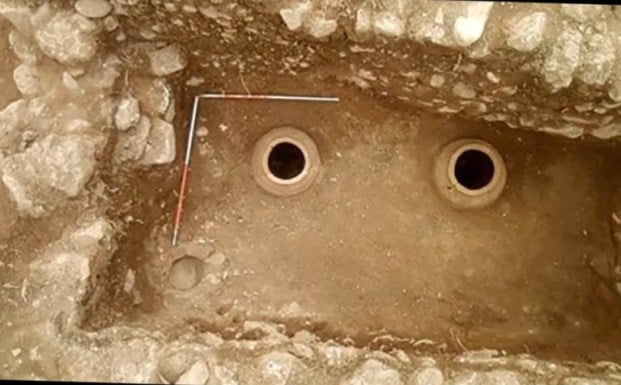 During his time of living, the average male measured around 5 ft. 3 in. Thus, a man who was over 6 ft. 6 in. tall meant he was a giant among his people.

The giants that came after were probably much higher than this one. However, researchers agree that the genetic characteristic that created gigantism was likely diluted through continuous cultivation with humans of normal size.

Chief archaeologist Ata Hasanpour said: “In the north of the Chia Sabz area we found the grave of an elderly man. It consists of four clay walls, covered with a large stone slab.” 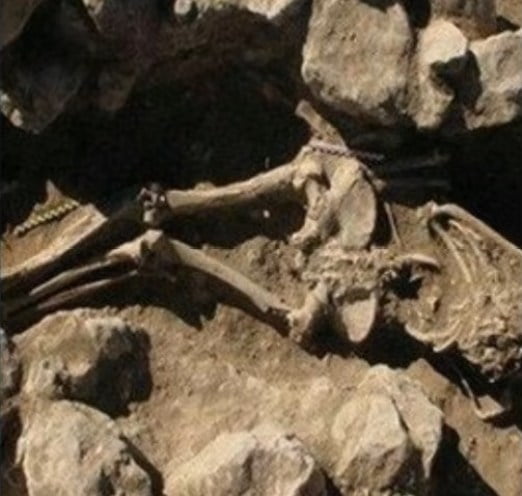 The skeleton emerged on a site believed to have been a cemetery. Researchers have discovered other bodies on this particular interment area too, however, none of them was close enough to the ancient giant.

Being buried remotely from the rest, along with his belongings, clearly shows that this person was an important member of his community.

“We found a lot of ceramic items of the Sasanian Empire close to the burial site, but we can only give them a more exact date after radiocarbon analysis,” said the lead archaeologist.

“In the final days of the excavation, we managed to find a storeroom with two vessels for storing food. The contents of the vessels have been sent to a laboratory for further investigations.”

The ancient giant lived in the reign epoch of the Sasanian Empire. This kingdom was called Ēranshāhr in the Middle Persian language.

According to mainstream academics, the Sasanid dynasty (224 — 651 A.D.) was one of the preeminent global forces of its time. It also existed in one of the most powerful periods in Iran’s history.