Shattered pieces from a mysterious flying body in a small Polish village drew the attention of many local and wider researchers and officials, prompting questions whether it could be a crashed UFO.

Mayor of Nowa Wieś Wielka in Dolny Śląsk, north-central Poland noticed something mysterious landed in his area. He quickly reported the crashed UFO to the authorities.

The baffling bits had earmarks of a torn rocket. In addition, they had undecipherable texts of unknown origin.

The police quickly arrived at the scene where the event happened. They assumed that the strange object must have fallen from the sky. 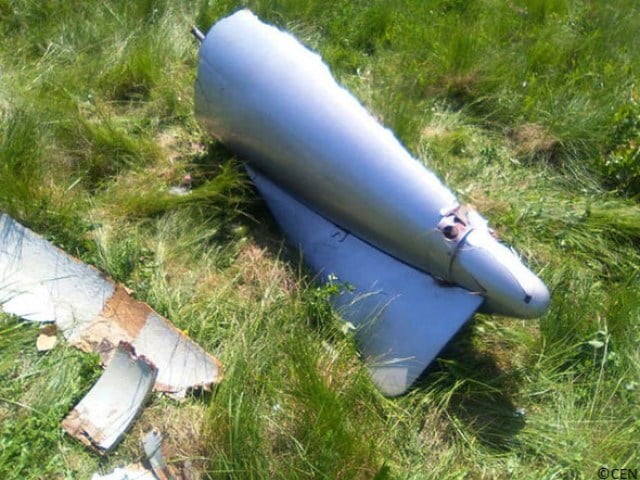 Kordian Mazuryk, Jawor Police representative, said: “On May 22, just after 10 am, we received a phone call from one of the local residents, specifically the Mayor of one of the areas near Jawor, about a bizarre finding in his field.

“After our police officers were dispatched, it turned out the fragments resembled an airplane fuel vessel.

“The object was shattered into fragments and we secured them to establish their owner and origin.”

Many people wonder whether the puzzling parts could belong to a crashed UFO or another extraterrestrial phenomenon visiting Earth?

According to the Polish Civil Aviation Authority and the Committee for Investigation of National Aviation Accidents, the event likely has nothing to do with the extraterrestrial sensation.

They rather believe that the mysterious object belongs to a Czech MiG-15 fighter plane. The MiG-15 pilot reported what happened as soon as he landed in the Czech Republic.

Mr. Mazuryk said: “The object comes from a military airplane, which took part in an airshow in Ławica and was returning to the Czech Republic.

“It was a Czech armed forces’ MiG-15 which suffered a failure of its electrical systems and lost two of its suspended fuel tanks.”

Fortunately, the fuel tanks were empty when the object crashed. Therefore, the residents of Nowa Wieś Wielka dodged a major explosion.

Officials are currently searching in the local region to find the second of the discharged fuel tanks.