Alien skulls allegedly discovered near a Nazi briefcase in an isolated mountain area have prompted shocking beliefs that the totalitarians had something to do with the extraterrestrials.

As reported, the alien skulls were found by the lead scientist Vladimir Melikov and his team near a cave on Mount Bolshoi Tjach, Russia.

The discovery occurred two years ago, however, up until now it didn’t receive much global attention. The things changed when a Nazi briefcase was found in the area containing a full-color map of the Adygea region.

The reports say that the briefcase, which was discovered by a local recluse, carried the emblem of the Ahnenerbe. 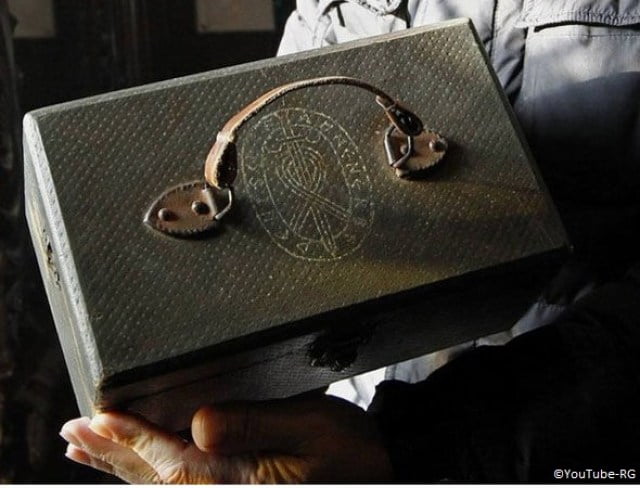 Namely, Ahnenerbe is the most tight-lipped Nazi institute created by Heinrich Himmler in 1935 with a purpose to locate proofs that the Aryan race was once the leader of the whole world.

This establishment soon began to investigate paranormal occurrences, pseudoscience and UFOs as a result of Hitler’s fascination with that matter.

The discovery of the alien skulls inevitably gave rise to the theory the Nazis might had alien contact. Some speculations even implied that the Nazis might have convoked demons in this far-flung mountain region.

According to the conspiracists, the skulls are linked to the eerie SS institute and they represent dead demons or aliens.

Mr. Melikov described the creature as “unlike anything known to man”.

“Among the most mysterious features of the skulls is the absence of cranial vault and jaws. The eye sockets were unusually large having facial features resembling humans,” he said.

“Even when compared with the skull of a bear, it is hard to think that you do not have in your hands the remains of an alien creature.” 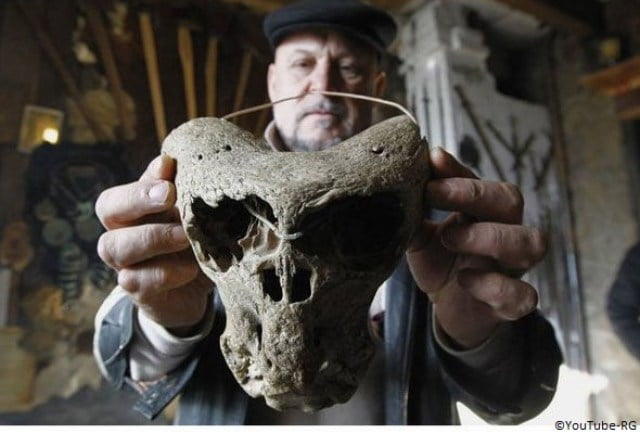 Skeptics consider these discoveries to be part of an intricate fabrication. They suggest the facial peculiarities could, in fact, be large animals’ pelvic bones.

Russian paleontologists said the skulls are submerged heads that “could have been exposed to sand for long periods of time”. As a result, they could have changed their shape and formation.