The appearance of some bizarre perfect spherical rocks on the isolated Champ island located over the polar circle in the Franz Josef archipelago has bewildered everyone including the scientists.

As it seems at first, many would believe these perfect spherical rocks were distributed all over the island on purpose. However, this island is remote and there is no evidence humans ever lived here.

Therefore, according to the scientists, there is no proof that these spherical rocks were either man-made or intentionally scattered around the island.

Moreover, similar spherical rocks were also found on Heiss Island in the same archipelago. This discovery only adds a perplexing piece to the whole puzzle. 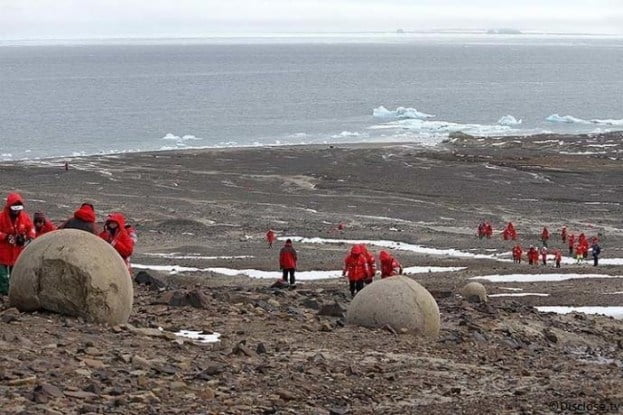 Rocks resembling these ones also exist in further locations such as Volgograd, New Zealand, Bosnia, South Africa and China.

Then again, the material which these rocks constitute is the only thing that geologists are certain about.

Konstantin Zaikov of the Arctic Federal University tried explaining the formation of these giant spherical rocks.

He said they have formed thousands of years ago through the process of crystallization of the sandstone. This process was succeeded with the magnetization of the fragments of sand on the crystals.

In the course of time, the sand fragments got solid therefore making a spherical rock.

On the other hand, Austrian geologist Sepp Fridhubera opposed Zaikov’s theory. According to him, the round shape of the rocks implies they were formed underwater.

He further said that it is highly plausible that the organic core in the heart of the stones was responsible for their shape.

However, these are only just the most popular theories circulating in the geological community. There are many others and it will probably take time to decide what is the real story behind their stones’ formation. 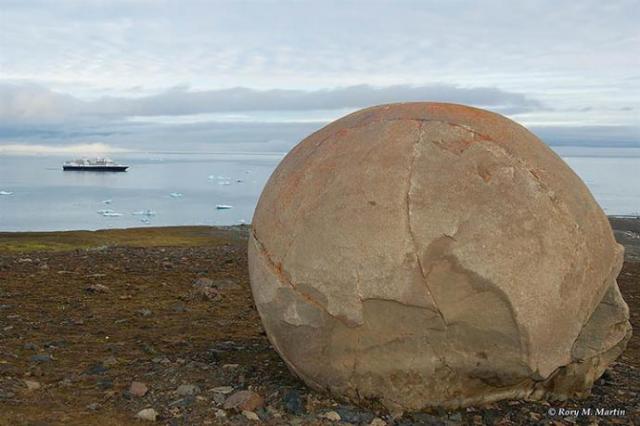 Curiously, nearly all the scientists agree that the stones aren’t artificial but rather natural.

On the other hand, their perfect shape leaves nothing but questions whether intelligent hands intervened in their creation.