A weird creature, described as half human, half animal terrified the local citizens after it was spotted walking pompously on the streets of Santa Fe, Argentina.

The horrifying footage of the dreadful beast has now appeared to depict a thing, unlike anything mankind knows.

Some people reported the creature looked like a camel, while others said it looked like a spooky hybrid of half human and half animal.

The channel UFOMania has informed that the strange being has already murdered two dogs, a pitbull and a German shepherd.

The photo that the YouTube channel uploaded is indeed foggy, however, it shows the creature has very long and thin legs. 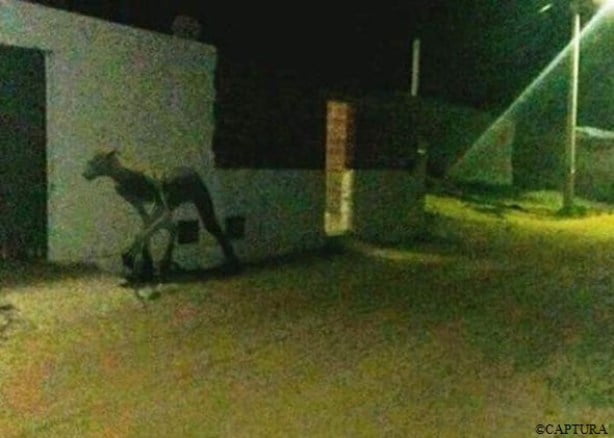 The video already has over a thousand views and people are commenting this weird event. Among the commentators are also people who claim to have seen a similar-looking monster.

One of them reported seeing the same creature crossing a bridge in 2005.

“It blew my mind because it looked at us and turned and began moving just like a kangaroo would and cleared the concrete bridge wall easily and dropped at least 15 to 20 feet,” said the poster.

Another observer wrote: “That thing is demonic. Very cryptic. When a mysterious creature appears, it magically disappears. Sounds like a spirit. You cannot find evidence of a spirit.”

A person from the Philippine said: “Here in the Philippine it is called ASWANG. A man transforms into a monster dog it is a demon it can even shift into a cat or a big bird.”

People went as extreme as to claim that the half human, half animal creature could actually be a shape-shifting demon. They’ve mentioned the mythical Chupacabra – an animal which lives by sucking the blood of the livestock.

Ever since it was captured in the picture, the beast has been on the run. However, the shocking late-night image has remained a mystery in people’s minds.

Nevertheless, the Harry Potter fans saw incredible similarities between the beast and the werewolves in this same movie.

Online analysts indicated that creature looks extremely similar to the creatures within the adaptation of JK Rowling’s Harry Potter. Thus, many concluded that the photo was an online fabrication.

What do you think?