Earth is a place full of many surprises. Every corner of it offers something particularly unusual, making us question the nature behind it. Here are the latest discoveries on Google Earth consisting of the most mysterious places ever found.

The Badlands Guardian is one of the most mysterious places on Earth. It was discovered by Lynn Hickox through the Google Earth application.

Even though this geological region belongs to southwest Alberta, Canada, you just can’t miss the resemblance of a human head wearing his full native American headdress. Other people even suggested that the figure seems like it’s wearing earphones.

This area is completely a natural structure. However, the interesting thing is that the arid badlands features have a striking similarity with the same native people who lived in the region. 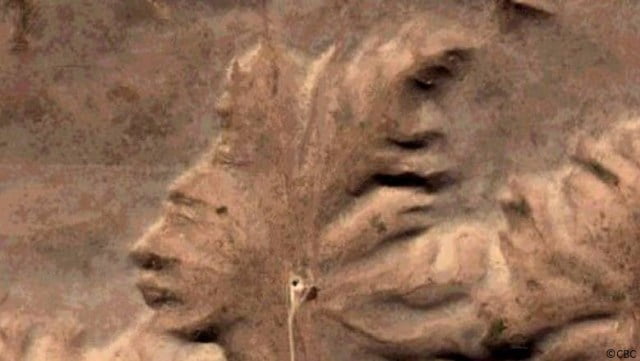 This place is located on a mountain hill atop the Urubamba Valley in Peru. There is rarely someone who hasn’t heard of this place since it’s declared as one of the most unusual sites on Earth.

Machu Picchu is a pre-Columbian Inca region constructed approximately 1400 AD. The site only flourished for about a century before it was deserted due to the Spanish triumph of the Inca empire in Peru.

There are many theories about the purpose of the place. According to one, it’s the place of birth of the Incan “Virgins of the Suns”. Another says that it was an estate of the Incan emperor Pachacuti. According to others, it was a prison for felonies who committed extremely outrageous crimes. 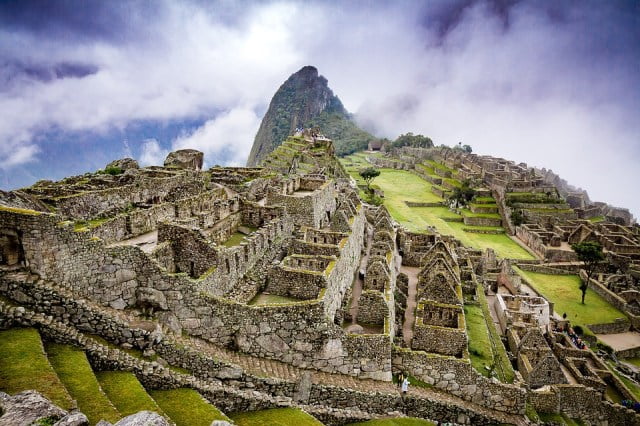 Unfortunately, we still don’t have enough convenient information regarding this beautiful mosaic lines located in the desert of the Gansu Sheng province in China.

According to some accounts, they were created in 2004. However, this data is not official. A notable fact is that these lines are near the Mogao Caves which is a World Heritage Site.

The lines stretch over an enormous distance but still manage to hold on their linear proportions regardless of the curvature of the landscape.

If you use Google Earth to explore this area, you will also see many questions from people who wonder what is the purpose of this place.

There are many suggestions that China might be utilizing this place as an area to test missiles. However, these are only speculations. 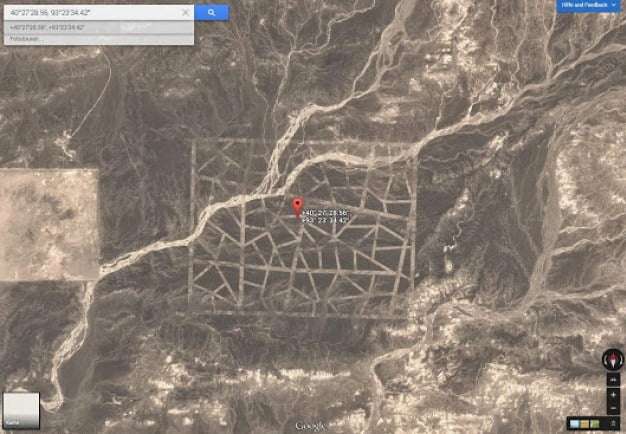 The last of our mysterious places is located in the Atacama desert of Chile. Records say it was created around 1000 to 1400 CE.

The so-called Atacama Giant is the biggest prehistoric anthropomorphic physical structure in the world. It measures 282 ft long.

Many extraterrestrial fanatics believe that the figure is a depiction of the aliens who used to visit the Incans.

Nevertheless, the peculiar characteristics of the Atacama Giant indeed have another specific purpose, depicting the divinity of the local people.

Moreover, the giant has points around his heard that could tell the inhabitants many calendar events such as the season when to plant crops. 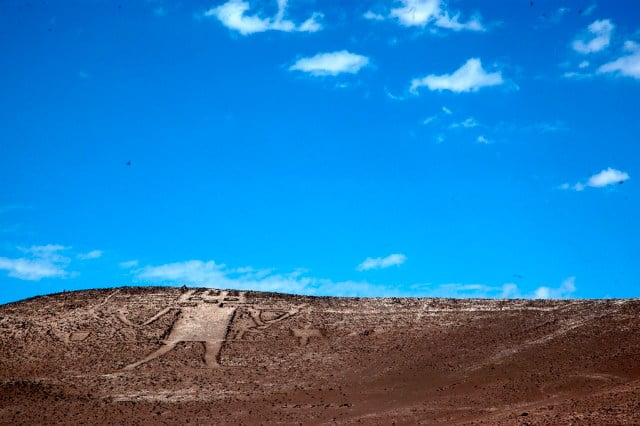