An experienced technician, Granger Taylor, who created a replica UFO in his backyard disappeared never to be seen again at age of 32 in 1980, following his claims of constant alien communication.

Taylor wiped off the Earth’s face from his parents’ home at Duncan, on Vancouver Island, British Colombia, Canada, after he claimed he was in regular touch with aliens. This event, up until today is one of the most unusual yet unsolved missing person cases in the world.

Recently, a filmmaker has decided to try to resolve the bizarre case through a documentary.

Stacey Jenkins mentioned his goodbye note, two wills, and his “spaceship” as proof of the mystery he was wrapped around.

She said: “He was a genius. But he started to imagine. He told his friends that aliens had spoken to him, and he started to fantasize about being taken by aliens.”

Taylor left the physical engines and turned his focus to UFOs. He built a UFO replica from scrap metal and spent days on the ship. Apparently, he had a unique obsession with interstellar travel.

His most important project was constructing a UFO-like shelter from two satellite dishes that he arranged with furniture, a TV, and a stove. 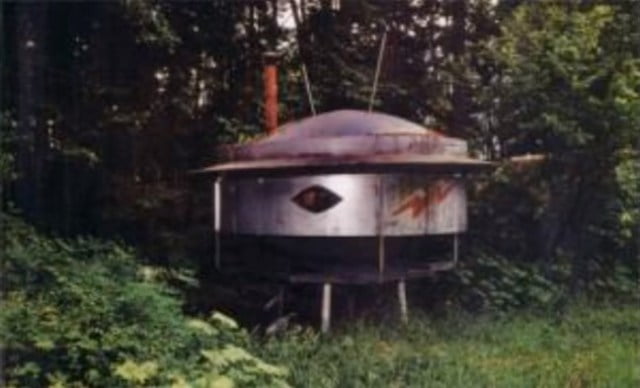 Eventually, he started believing that he had a telepathic contact with extraterrestrials. He often talked about this contact with his friends and family. One time, he even said he got an invitation to go on an interstellar journey.

On the evening of November 28, 1980, hurricane winds tore Vancouver Island, eventually knocking down power lines. Granger and his truck were nowhere to be seen the next morning. However, he left a note behind, saying:

I have gone away to walk aboard an alien ship as recurring dreams assured a 42 month interstellar voyage to explore the vast universe, then return.

I am leaving behind all my possessions to you as I will no longer require the use of any. Please use the instructions in my will as a guide to help.

Ms. Jenkins, from Alibi Entertainment, told the Columbia Valley Pioneer that the documentary won’t be disrespectful to Granger Taylor.

“We’re trying to portray an intriguing kind of Canadian, a genius, that we think other Canadians would want to know about,” she said.

Although people conducted many searchers for Taylor, they never managed to find him.

Did he commit suicide? Or maybe he died due to the gale-force winds? Or did he leave on an interstellar voyage?

According to the filmmakers, we should expect the documentary to be ready by the end of the year.