As the Aztec Mythology describes, the giant Xelhua raised this pyramid in a time span of incredible 10 centuries.

The pyramid of Cholula is located in the state of Puebla. It is the biggest man-made formation and even the Egyptian pyramids (despite they’re higher) can’t compare to it regarding the cubic meters of material.

According to the legend, a giant was responsible for the pyramid’s creation. Allegedly, he desired to build something high enough to reach the heaven.

However, archaeologists believe that many people participated in the process of construction, which in fact, lasted for a very long period of time.

The archaeological site of Cholula is wrapped in the mystery itself. Hence, it became a target of exploring of many researchers around the world.

Here are the most noteworthy details about the site which is home to the largest pyramid on our planet:

According to Aztec mythology, in the distant past, giants lived on Earth. When a heavy flood wiped the Earth, every giant died except Xelhua, who in gratitude, made Cholula.

However, Tonacatecutli, father of all the gods, considered the pyramid as a sin and send off a rock from the heaven. The rock killed most of its producers, causing the structure to halt.

Dig-ups within the pyramid were done from 1966 to 1974, by Miguel Messmacher, in order to investigate the heart of the structure.

Nevertheless, the exploration process came to an end, in brief, for two reasons. First, the investigation could potentially cause the pyramid to collapse. Second, because it could damage the base of the church built at the top. 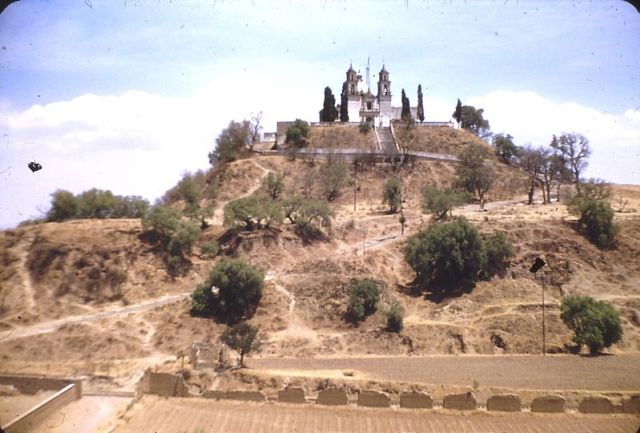 Because of the lack of documents, no one can clarify when did the construction of the pyramid begin. However, archaeologists assume that it was in 300 BC or at the beginning of the Christian era.

The Great Pyramid of Cholula is the result of seven superimposed pyramids, each of which incorporated the whole of the previous pyramid.