It’s clear that a part of the history was under the command of a group of people with mutual pursuits. The paintings of great leaders from past centuries reveal their common feature – the famous hidden hand that allegedly has a masonic origin.

Many powerful men in the history used to hide one of their hands while posing for their portraits. This doesn’t seem like a coincidence, don’t you think?

“Today’s thinking toward a democratic world state is neither a new trend nor an accidental circumstance; the work of setting up the background of knowledge necessary to the establishing of enlightened democracy among all nations has been carried on for many hundreds of years by secret societies.”
-Manly P. Hall, Secret Destiny of America

Is there a secret strength standing behind the world events in the past centuries? Are the collapse of European monarchies and the birth of the Age of Enlightenment in the direction of democracy included in the big design led by a hidden hand?

Before the big arrival of mass media, the only antique people possessed are the pictures portraying great world leaders in noble positions. But do these portraits symbolize something rather obscure?

One of those sumptuous poses is actually the hidden hand. History teachers have tried giving an explanation why, for instance, Napoleon, was always posing with one hand inside his shirt. The reasoning goes something like this:

“Many theories have been presented as to why Napoleon is traditionally depicted with his hand in his waistcoat. Some of these theories include: he had a stomach ulcer, he was winding his watch, he had an itchy skin disease, in his era it was impolite to put your hands in your pockets, he had breast cancer, he had a deformed hand, he kept a perfumed sachet in his vest that he’d sniff surreptitiously, and that painters don’t like to paint hands”
-Tom Holmberg

Except that all the people we mentioned in this post had some problem with their hands, which they surely didn’t, then the gesticulation has to have another specific sense.

As a matter of fact, yes it does. Most of the men using this gesture are members of the Freemasons.

The significance of this sign in the Masonic rituals is quite big. Therefore, it’s highly unlikely the repetition of it to be only a result of a coincidence.

The gesture is notable within the ceremonies of the Royal Arch Degree of Freemasonry. The world leaders that use it are elegantly saying to the others: “This is what I’m part of, this is what I believe in and this is what I’m working on”.

The Royal Arch Degree is also known as the Mason of the Secret. During this Degree, initiates are believed to accept grand Masonic honors.

“The members of this Degree are denominated companions, and are “entitled to a full explanation of the mysteries of the Order”; whereas in the former Degrees they are recognized by the common, familiar appellation of brothers, and kept in a state of profound ignorance of the sublime secret which is disclosed in this Chapter. This accords with the custom of Pythagoras, who thus distinguished his pupils. After a probation of five years, as stated before, they were admitted into the presence of the preceptor, called his companions, and permitted to converse with him freely. Previous to the expiration of that term he delivered his instructions to them from behind a screen”
-John Fellows, Fellows’s Inquiry into the Origin, History, and Purport of Freemasonry

“If we pass on to the Royal Arch, we receive a wonderful accession of knowledge, and find every thing made perfect; for this is the nec plus ultra of Masonry, and can never be exceeded by any human institution.”-George Oliver, Lectures on Freemasonry

This holy name is Jahbulon, a word compound meaning “god” in Syriac, Chaldaic, and Egyptian.

The initiation ritual to this title represents the return to Jerusalem of three excellent masons who were imprisoned in Babylon.

At one instant, the initiate needs to receive a secret password and a hand sign in exchange for going through several veils.

The image below illustrates the hand sign they need to do in order to go into the second veil, as shown in Duncan’s Masonic Ritual and Monitor: 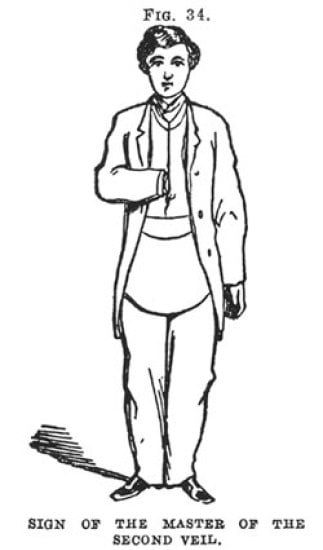 “Master of Second Veil: “Three Most Excellent Masters you must have been, or thus far you could not have come; but farther you cannot go without my words, sign, and word of exhortation. My words are Shem, Japhet, and Adoniram; my sign is this: (thrusting his hand in his bosom); it is in imitation of one given by God to Moses, when He commanded him to thrust his hand into his bosom, and, taking it out, it became as leprous as snow. My word of exhortation is explanatory of this sign, and is found in the writings of Moses, viz., fourth chapter of Exodus”:

As we said before, this hand sign got the inspiration from the Exodus 4:6. Namely, in this biblical verse, the heart (bosom) is actually what we are, the hand for what we do.

The figurative importance of this gesture might reveal the reason why the famous Masons use it so often.

The hidden hand allows the other initiates to know that the other person is part of this secret Brotherhood.

Moreover, the hand that performs the actions is inside the piece of cloth, which can metaphorically relate to the secret nature of Mason’s activities.

Here are some famous world leaders that used the famous hand sign: 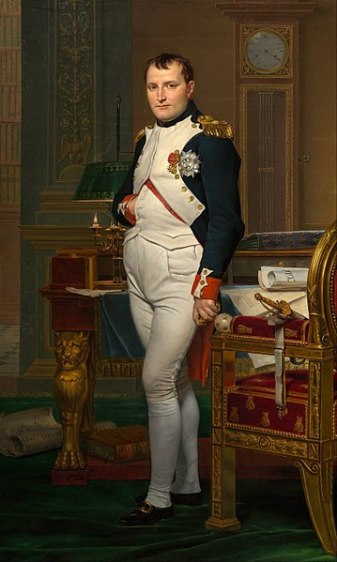 Napoleon Bonaparte (1769-1821) was a military and political ruler of France. His work formed the European politics in the 19th century.

Bonaparte’s connection with Masonry has always been a subject in all the historical records. Masonic researcher J.E.S. Tuckett said:

“It is strange that evidence in favor of the Great Napoleon’s membership of the Masonic Brotherhood has never been examined in detail, for the matter is surely one of interest, and — seeing the remarkable part that remarkable men played in the affairs of Europe, at a time when Continental Freemasonry was struggling out of chaos into regular order — it cannot be without an important bearing upon Masonic history”

Some people also said Napoleon had help from supernatural energies. In 1813 he lost the battle at Leipzip. Behind him, he left a “Cabinet of Curiosities” in which a Prussian officer discovered his Book of Fate and Oraculum. 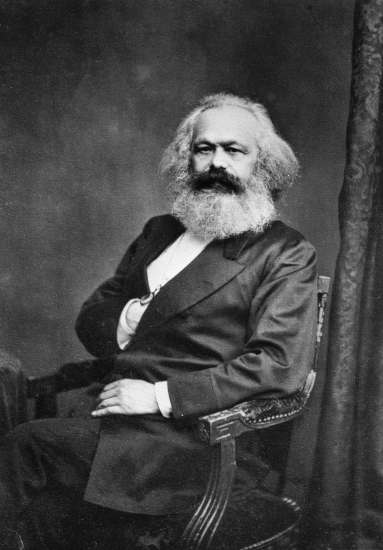 Karl Marx is the father of modern Communism. Although some Masons have rejected him, Marx is believed to have been a 32nd degree Grand Orient Freemason.

He became the representative of the atheist and socialist movement of Europe. Moreover, he proposed a substitution of monarchies with socialist republics. 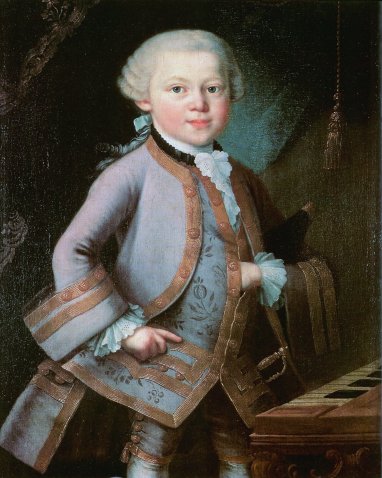 The wunderkind, Wolfgang Amadeus Mozart is one of the most productive composers in the music history.
He was also a Freemason, initiating in the Austrian lodge Zur Zur Wohltatigkeit in 1784. 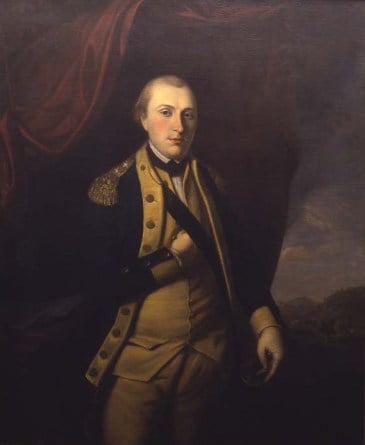 Marquis de Lafayette was a 33rd degree Freemason. More than 75 Masonic organizations in the U.S. got its name after him.

According to Denslow’s 10,000 Famous Freemasons, Lafayette was a French military officer, a general in the American Revolutionary War and a leader of the Garde Nationale in the bloody French Revolution. 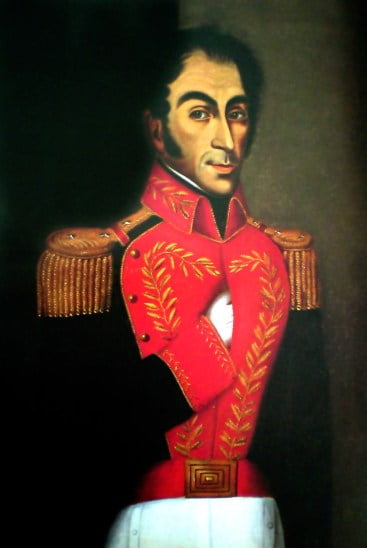 Many people envision “El Libertador” – Simon Bolivar as the “George Washington of South America”. He bounded with Freemasonry in Cadiz, Spain and earned the Scottish Rite degree in Paris.

Bolivar also served as the president of Colombia, Peru and Bolivia in the 1820’s. He belonged to the Order and Liberty Lodge No. 2 in Peru. 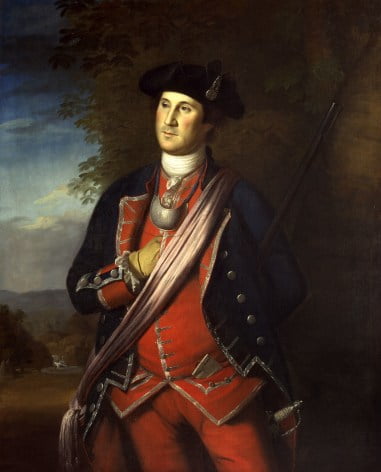 George Washington was one of the founders of the US. He is moreover the “most important American Mason”. 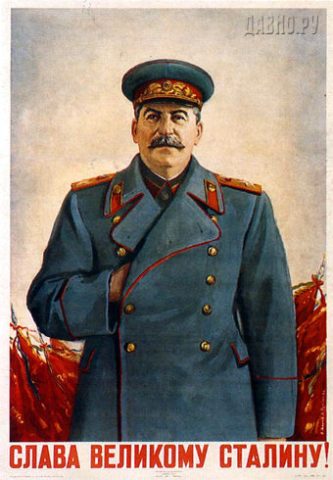 Stalin’s terror of ruling in the Soviet Union was the reason for the deaths of millions of his own compatriots.
However, there are no official records that point out Stalin initiated into Masonry.

Of course, dictators like him controlled all information regarding themselves and their activities, making it hard to prove anything one way or the other.

To emphasize, the leaders using the hidden hand signal had a great influence on world history and many of them are proven to be Masons.

This gesture is an explicit detail, yet people widely ignore it. This suggests the leaders’ belief in an obscure ideology.

By understanding this fact and the enormous impact these leaders had, we can actually apprehend the force of the gesture which is currently driving the world towards general democracy.