Many old historic paintings are believed to portray weird flying objects. Many of these images, especially the ones showing religious events, are recognized as an authorized piece of art.

According to many believers, these are five artworks that clearly show remarks of unidentified flying objects. 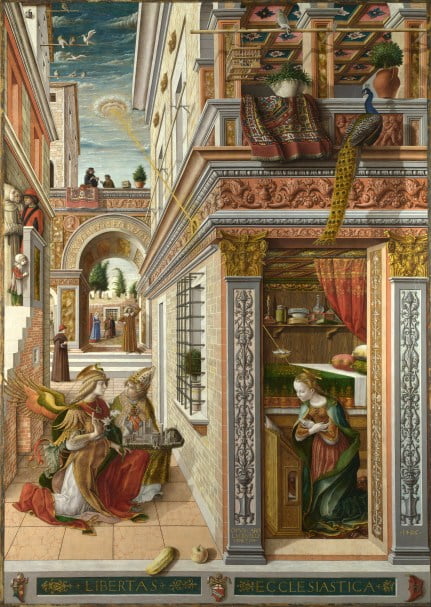 The Italian artist Carlo Crivelli created this painting in 1486. It illustrates Virgin Mary briefly before she understands she is going to give birth to Jesus.

The opinions over the ray of light emerging from a spherical hole in the sky to Mary’s head are divided.

According to the mainstream artists, the light is, in fact, the halo of the Lord.

On the other hand, UFO enthusiasts believe the beam of light is a disc-shaped UFO. Some of them even theorize that Jesus is not divine but rather engineered when Mary was taken and impregnated by aliens. 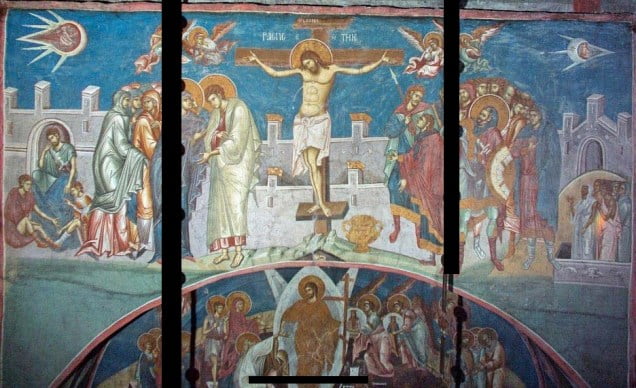 The Crucifixion of Christ is one of the many historic paintings for which the UFO believers have a rather alternative opinion.

This artwork is located above the altar of the Visoki Decani Monastery in Kosovo and it illustrates the suffering of Jesus with a mysterious floating craft in each top corner of it.

It even seems like a person is operating each of the crafts. For example, the alleged pilot in the top right corner seems to look back at the other craft behind him. Both of the pilots look like they are wearing some sort of space suit.

However, in the era when this painting was created, such a belief would have been regarded as blasphemy for sure. 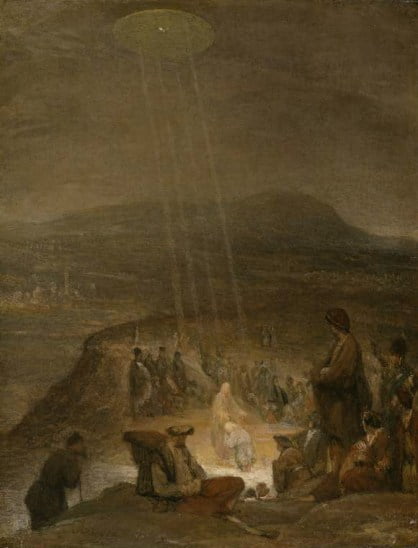 Gelde was a student of the famous painter Rembrandt. Many people consider his paintings to communicate the deep secrets of the Vatican’s art records.

The painting is currently located in the Fitzwilliam Museum in Cambridge, UK. 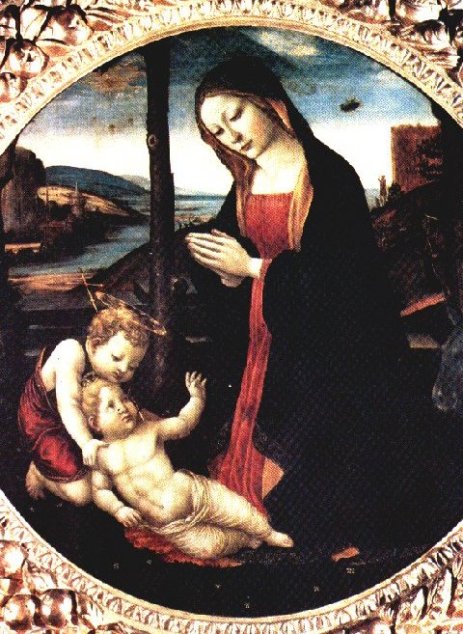 In this painting, flying object can be perceived behind the left shoulder of the Madonna. Moreover, there is a man looking towards the craft, with his dog obviously barking at it. Many concluded this is a sign the object does not represent something divine.

According to some explanations, the pose of the Madonna implies she is guarding her children against the dangerous beams coming out of the craft. 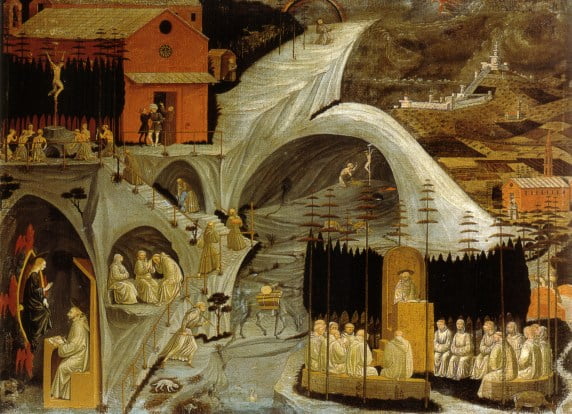 La Tebaide is one of the historic paintings created in the mid 15th century by Paolo Uccello. It shows a combination of scenes depicting particular features of religious consciousness.

In particular, there is a part of this painting showing Jesus Christ on the cross. UFO pursuers managed to detect a red disc-shaped UFO at the corner of this specific scene.

Mainstream scholars explain that the red craft is, in fact, the traditional cardinal’s hat. The person who kneels in front of the cross is wearing such a hat which looks like a craft.

On the contrary, the other opinion suggests that the UFO leaves red trails that represent erratic actions.

To sum up, La Tebaide is currently on exhibit at the Academy of Florence, Italy.