You probably already know everything about the Ancient Anunnaki who reportedly used early humans as a labor force. But you likely didn’t know that before the humanity, the Anunnaki used the Igigi as their labor force.

It is widely believed that the Igigi were the youngest divine gods, who obeyed the Anunnaki who went to Earth in the pursuit of gold.

According to the experts in the field, the term Igigi has a Semitic origin which means a group of gods in the Mesopotamian temple. 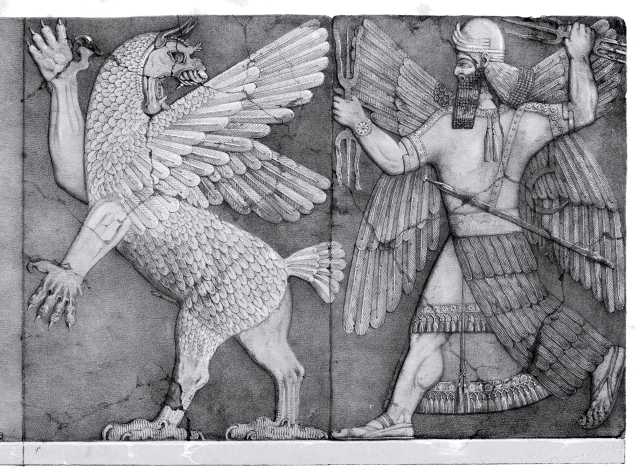 It’s uncertain to which group of ancient gods they belonged. However, dominant scholars imply it was Mardik – the god of the city of Babylon.

The title Igigi is related to the mythological Sumerian divinities. Mainstream teachings believe they were the earliest example of the Anunnaki’s servants.

They have begun a revolt against the tyranny od Enhil. That’s why the Anunnaki changed these helpers with humans of our own kind.

In the Babylonian tale of the Flood called Atrahasis, the Sumerian heaven is being shown as a big garden, where inferior gods like the Igigi were digging a channel ordered by their masters.

“When the gods like men bore the work and suffered the toil, the toil of the gods was great, the work was heavy; the distress was much.” (Source)

“The Seven great Anunnaki were making the Igigi suffer the work.” (Source)

“When the gods, man-like, Bore the labor, carried the load, The gods’ load was great, The toil grievous, the trouble excessive. The great Anunnaki, the Seven, Were making the Igigi undertake the toil.”

On the other side, there is also the Ancient Astronaut theory which says these ancient gods were in fact quite similar to the Anunnaki.

According to this theory, the Igigi were go-betweens between Earth and the home planet of Anunnaki – planet Nibiru.

Many researchers claim the Igigi were in perpetual orbit around our plane in enormous pulpits which concocted metal from Earth.

However, mankind never managed to meet this group of ancient gods. Multiple texts make a reference to them, describing them as ‘too high up for Mankind’.

They worked very hard for the masters before eventually initiating an uprising against them. They burned their tools and encircled Enhil’s house. Therefore, the Anunnaki had no other option but to find another labor.

Many scholars imply that the human slaves emerged after the ancient Anunnaki genetically altered their genes.