Nikola Tesla is one of the most sonorous names when it comes to the technology. His inventions significantly altered our modern technology for the better. But many people further connected him with another, otherworldly field.

Today, Tesla is considered as one of the most remarkable creators. However, his revolutionary ideas and concepts weren’t so accepted during his era.

About a century ago, Nikola Tesla listed a request to patent a wonderful yet unusual aircraft. He called it ‘the world’s first flying saucer’ or the first man-made UFO.

The design he projected for the flying saucer was equal to the description of the ones who claimed to have witnessed how a UFO looks in within.

Namely, it had a discoidal capacitator, with a size enough to secure energy drive to fly, and other smaller capacitors which to control the direction of the flying.

In addition, Nikola Tesla also added a gyroscopic stabilization system and an electric ‘drive’ control. He also designed the interior with flat screens and outer video cameras for the pilot’s blind spots.

Tesla futuristic UFO has ‘eyes’ constructed from electro-optical lenses, arranged in quadrants, thus the pilot would be able to observe everything.

His invention was based on many magnifying lenses, screens and monitors which would help the browser control all the areas. 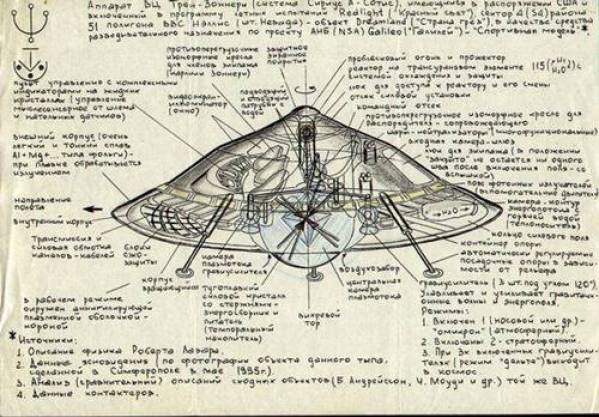 In other words, this amazing aircraft could be built even today. But what happened to it? Why didn’t we create it and fly in space with it? Or maybe we actually did?

Tesla got his patent allowance, however his UFO or IFO in this case, had a major disadvantage. Due to the fact it didn’t have its own energy source, it was necessary to employ the towers of wireless transmission, or more famous as Tesla’s sources of free energy.

This shortage of financial backing led to a cancellation of the plan for developing the towers. Finally, it ended up in leaving behind the whole aircraft project, hence, the UFO never came to light.

Nikola Tesla had very wide ideas for the time of his living. His inventions always tended to stimulate the world peace through free energy.

However, the rulers of his time did not support his great mind. In fact, years later the Nazis conducted his revolutionary ideas, not the way he wanted to of course. Also, the secret service took a large part of his projects and hid them from the public eye.