This title refers to the power, control, creation, perception, invasion and fear. Moreover, the one who gets this position reports to the full-blooded Reptilian leader in the inner Earth.

There have some recent reports that the Marquis de Libeaux is the Pindar; however, it turned out to be inaccurate.
The true Pindar at the moment is allegedly the head of the Rothschild family as has been for hundreds of years.

Curiously, there is a winery on the east end of Long Island, close to Montauk Point, called Pindar Vineyards. This wine currently enjoys a high popularity rank.

And just like you suppose, this matches the plan for this area to be part of the capital region of the Earth/United Nations in the Empire State.

Interestingly, the red wine is a symbol of the blood the Reptilians absorb. The wine could become a holy drink, just like it did in the Roman Catholic Church, where it replaces the blood in the ceremonies.

The Illuminati have also set a pyramid formation of control, equal to the system that exists in the Draco Empire.
Namely, this pyramid has the Reptilian eye and you can see it on the American one-dollar bill.

The eye is on the top of the pyramid. Therefore, it describes why the initial surface of the Great Pyramid in Egypt was finished with solid gold.

The Pindar is actually depicted with the gold top of the pyramid. Next comes the eye which represents the 13 royal Illuminati families. They are the following:

Each one of these 13 ruling families has a particular area and a specific duty to accomplish on Earth. These special roles involve global finances, military technology, mind-control, religion and media.

Furthermore, every one of the 13 ruling families has a Council of 13 also. Wonder why 13? Well, this number means a lot to them.

They know that there are 12 types of energies that go through the 10 aspects of God-Mind. The integrity of these 12 energies corresponds to a 13th energy. This is the most potent consciousness.

They also claimed that in fact, there are 13 Zodiac signs, not 12. The 13th one is kept a secret for centuries since it has the sign of the Dragon.

The French newspaper Le Monde says the 13th sign was intentionally eliminated more than 2,000 years ago.
In addition, they preserve this sign’s features to evade disclosing hints of the Reptilian mind-design.

Following the ‘eye’, comes the second row of control families who report the Pindar and the 13 ruling families.

The Committee of 300 operates through many organizations, such as the Council on Foreign Relations, Trilateral Commision, Club of Rome, Mafia, CIA, Secret Service, IMF, Federal Reserve, Interpol and others.

Curiously, all of these institutions are set as public service agents when indeed they are all private. 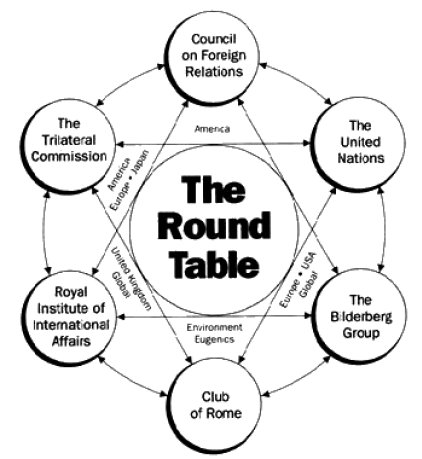 For instance, some of these countries are the United States, Switzerland, the Soviet Union, Kuwait, Panama, Israel, Italy, Yugoslavia, the UK, most of Black Africa, all the Arab countries and others.

As a matter of fact, these nations were a product to gather wealth for the ruling families. Also, to form disturbing conditions required to cause wars or increase military budgets.

Switzerland, for example, was conceived as a neutral business so that Illuminati families would have a secure place to keep their wealth.