More than 50 years ago, in 1964, a man called Jim Templeton took a picture that later became famous by the name Solway Firth Spaceman – one of the most mysterious pictures in the world.

Back in 1964, the Templeton family was spending his day at the Solway Fjord in northwest England. Jim loved photography and decided to take pictures of his daughter, Elizabeth, who was 5 years old at the time.

That afternoon, he snapped three photos. However, when he went to reveal them, he discovered that the best one had something weird in the background. There was a man in the picture, except, in reality, there wasn’t.

Mr. Templeton was completely sure they were alone that day. So, who was the mysterious man walking behind the little girl who was later called the Solway Firth Spaceman? 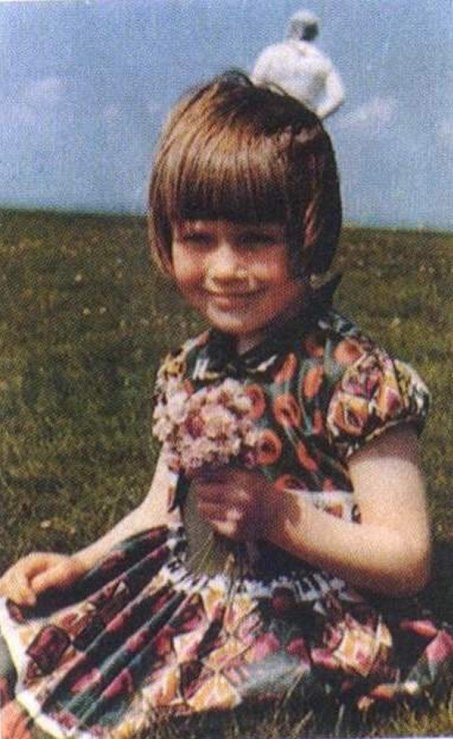 The mysterious photograph was soon published in the local newspaper in Cumberland and later also by the Daily Mirror and Daily Express.

Of course, this photo captured the attention of many people, including ufologists and paranormal investigators. Literally, everybody was interested in solving the puzzle behind it.

Along with the popularity of the photo also came and various theories regarding the possible explanation. But, none of them seemed enough pleasing.

As always, aliens was the first theory proposed. According to some opinions, an alien craft landed near them and both the craft and the ETs were protected with a cloak which made them invisible to human eyes, however, not to the camera lens.

There were even reports that after the picture was published, Jim had an alien encounter, in particular, he met the Men in Black who asked him to take them to the area where the event took place.

“They said they worked for the government and that they were only identified by number.”

He took them to the area where he captured the photo and explained to them that he didn’t notice men nearby at the time. The men were angry and drove away, leaving Templeton to walk home.

In September 1964, Templeton dismissed the two men as scams, saying: “It all looks like a leg pulls to me. I’m sure the men were not security agents.”

Jim took initiative to solve the mystery himself. He took the photograph and the negative to Kodak. He wanted them to check the original if it was anyhow manipulated or if it included an error.

However, all the efforts he put to solve the enigma were worthless. Tests proved the photograph was indeed authentic.

The photographic company offered a prize of free movies for life for the person who will demonstrate the opposite.

It’s 2018 and yet no one ever claimed the prize. Now, fewer people are interested to still explore this mystery.

In 2014, author David Clarke said that the figure standing behind Elizabeth was likely Templeton’s wife, Annie. She was there at the time and is also not visible on the rest of the photos taken that day. 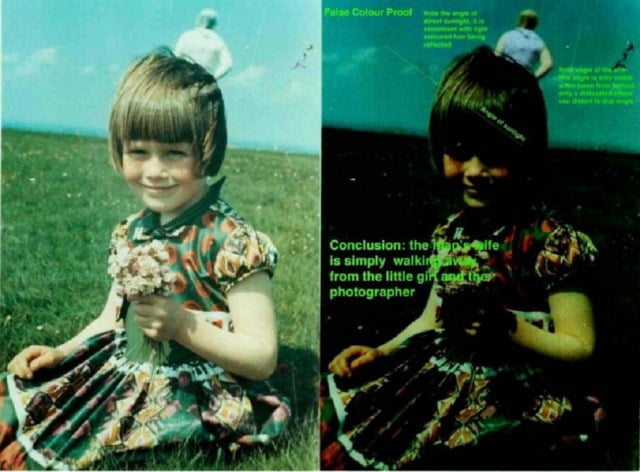 “I think for some reason his wife walked into the shot, and he didn’t see her because with that particular make of camera you could only see 70% of what was in the shot through the viewfinder”, said Clarke.

Annie was wearing a pale blue dress on the day in question, which was overexposed as white in the other photos. She also had dark bob hairstyle. Was she, in fact, the Solway Firth Spaceman? Who knows?