A paper issued in the journal British Archaeology has presented evidence that the two most important and largest blocks of stone at Stonehenge might have been set millions of years before people arrived there.

Stonehenge is known as one of the strangest old sites in the world. It’s set up near Amesbury, in the country of Wiltshire, England. Its mystery has been wrapping people’s minds for decades now.

Stonehenge’s surface measures thirty meters in diameter and contains huge four-sides stones of sandstone. Within the outer row, there is another round of blocks smaller in size made of bluish sandstone.

This encompasses a horseshoe-shaped formation that has the same color. In the inside part, there is a block of micaceous sandstone also known as the Altar. 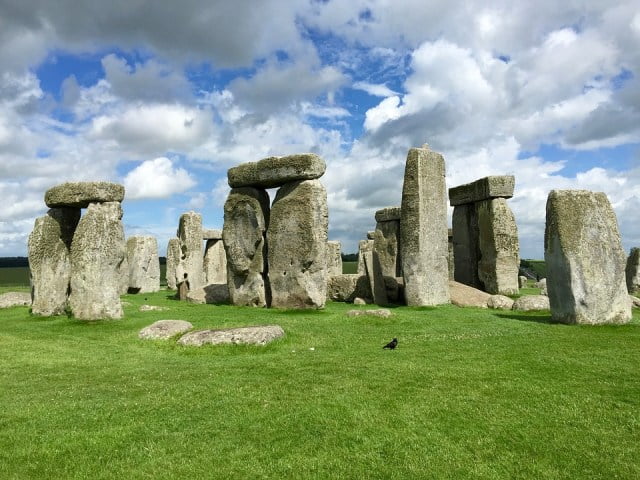 According to the official information, the ancient site was created between 3000 BC to 2000 BC. However, another recent study claims the opposite. As it explains, this site was built long before humans lived on Earth.

No one knows what Stonehenge is and how were these massive stones transported. Even more, how were they set up as we see them today?

Nevertheless, an archaeologist believes he may have found the clue of the mystery revolving around this ancient place.

Mike Pitts, a British scientist who concentrates in British pre-history, claims he discovered a shocking piece of evidence. Mr. Pitts was also one of the rare people who actually conducted excavations on the site.

According to him, two of the largest blocks of stone may have been there millions of years before people appeared there.

The British scientist reveals that the coincidental arrangement with the sunrise and sunset of the longest and shortest days of the year. He suggested ancient people constructed what mystified us today.

During the excavations, Pitts explains discovering a hole around 20 feet in diameter, besides the heel stone in 1979.

The researcher describes that Stonehenge’s heel stone is 250 feet from the middle of the stone circle, weighs around 60 tons and has not been shaped like the others sarsens.

Moreover, he says that the pit, instead of once being a support dug for a missing stone, it was in fact home to a huge heel stone.

“The assumption used to be that all the sarsens at Stonehenge had come from the Marlborough Downs more than 20 miles away. The idea has since been growing that some may be local and the heel stone came out of that big pit,” said Mr. Pitt in an interview with the Times.

“If you are going to move something that big you would dress it before you transport it, to get rid of some of the bulk. That fact alone suggests it has not been moved very far. It makes sense that the heel stone has always been more or less where it is now, half-buried.”

The official website of the site explains how the place was built during four major stages.

The first Stonehenge was a massive fortification or Henge, comprising a ditch, bank, and the Aubrey holes. They all likely were constructed around 3100 BC.

The Aubrey holes are circular holes in the chalk, about one meter wide and deep, with perpendicular sides and flat bottoms. Diggings have exposed cremated human bones in some of the chalk layers.

However, the pits were probably created as part of a religious ritual and not intended to be used as graves. Right after this stage, Stonehenge was deserted and left intact for more than 1000 years.

The second, most climactic stage of the construction started around 2150 BC. 82 bluestones from the Preseli mountains, in south-west Wales, in an unknown way, were carried to the site.

Some people believe these stones were drawn on rollers to Milford Haven and then piled onto floats. They were carried by water along the south coast of Wales and up the rivers Avon and Frome. Eventually, they have hauled overland again to near Warminster in Wiltshire.

The final stage of the second part was mainly by water, down the river Wylye to Salisbury, then the Salisbury Avon to West Amesbury.

The third stage of Stonehenge, about 2000 BC, was accompanied by the Sarsen stones, which were most likely carried from the Marlborough Downs near Avebury, in north Wiltshire.

The largest of the Sarsen stones weighs 50 tons and transportation by water would have been improbable.

The fourth stage took place soon after 1500 BC when the bluestones were reconstructed in the horseshoe and circle that we see today.