А self-proclaimed time traveler recently came into public only to reveal some sensational announcements about humanity allying with extraterrestrials in the year of 2030.

The time traveler, Noah, agreed to ‘spill the tea’ about all future delicacies in a live performance on Apex TV.

Of course, the public was baffled and full of many questions. Noah agreed to answer as much as he can in order not to initiate a ‘time paradox’.

The striking revelations of this time traveler involved many things, such as future technology and worldwide disasters.

However, the most shocking among them all was, of course, connected with the outer space. According to Noah, as briefly as 2030, humans will come upon intelligent life in the cosmos.

One phone caller asked the time traveler whether the US will unite with aliens in 2030.

“Yeah they are, so the aliens are practically allies with the whole world except some religions that they must be dealt with and everything. America is allied with them,” replied Noah.

Another phone caller asked Noah to describe a basic interior of a UFO. However, he claimed he wasn’t able to specifically answer this question.

He said: “I haven’t actually been inside of a UFO — I mean I have been in one but I don’t remember much about it.

“I remember someone else was piloting it and everything. We had it move forwards just like 10 feet and it got down.

“I was basically with a bunch of other people and we had some time to spare, and this other guy went ‘Do you guys want to see something cool?

“Where I was testing it they sometimes don’t have really anything to do and they just sit around but this guy showed us the inside of one.”

Noah claims that he came to our world from a future not so far away from ours. He says he came here from the year 2030.

Ever since this alleged time traveler emerged on YouTube, his claims became an internet bombshell. His startling prophecies about the future seem to amaze the people on a global scale. 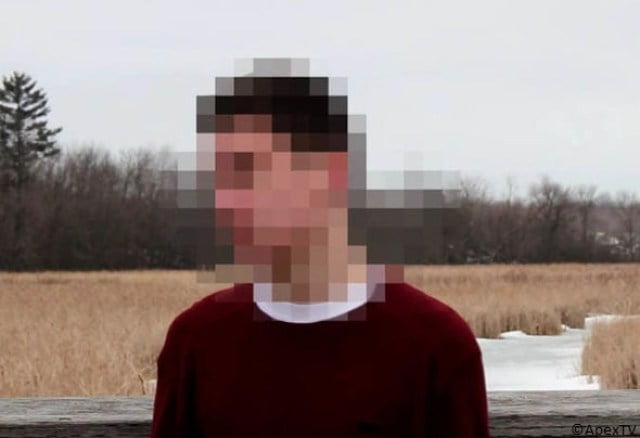 Noah was also asked how come he ended up in the year 2018. He replied that while he was on a mission with his colleagues, something went out of line.

“We all got fired on the spot by the government mid-way through a time we were not meant to be in.

“When I time traveled, I put on special clothing in a giant dome and electricity was able to transport me.

“The dome is in the middle of nowhere in a secret government facility.”

Noah started appearing in many online videos, sharing his experiences through time and space.

In one of his last appearances, he claimed that Martin Luther Kin’s granddaughter Yolanda Renee King will acquire the US presidency in 2030.

He further said that in the same year, a war will emerge. This war will allegedly draw many US recruits within it.

“If you are talking about the US only during that time but that is just a small amount of people who got drafted.”

Following this, he also revealed some technological details about the future. According to him, we will have efficient electric cars in 2012.

Moreover, the green energy sector will flourish and virtual reality will overtake the entertainment industry.

Although he declared some pretty serious predictions about the future, he never gave actual evidence to back them up. Do you believe him?