From the very first moment when NASA, through the famous Apollo missions, managed to step foot on the Moon, people have speculated whether the astronauts witnessed something otherworldly.

Many ordinary people and space enthusiasts as well have been nothing but curious whether the astronauts saw something which was logically inexplicable.

This curiosity promptly converted into something we call today a conspiracy theory. People are non-stop arguing whether the Apollo missions were followed by alien spaceships and other lunar structures.

Up until now, the United State is the only country which succeeded in conveying a manned mission to the Moon. The last Apollo mission happened in December 1972.

The last mission was so far in the past. Nearly half a century space agencies are avoiding another trip to the Moon. Why though? Is it to avoid the high cost? Or is it something totally different, something supernatural maybe?

The funds are probably not the problem. Missions as interesting as this one are probably one of the things we can always find money for.

One thing is sure, 46 have passed, the technology got better, and we still didn’t return to the lunar surface.

Until now, there were so many ‘why’ yet there was not a single ‘because’. Now, a retired US Army Command Sergeant Major, Bob Dean, might offer the answer we are looking for.

Collaborating with many other whistleblowers, he has provided multiple lectures giving information regarding the Apollo missions and the moon landings.

In the time of the Barcelona Exopolitics Summit, in 2009, Mr. Dean issued a set of astonishing images. Moreover, he also described the Apollo missions, and what astronauts saw during their moonwalk.

In the summit, Dean showed the public multiple images that he claimed were captured by the astronauts of the Apollo 12 mission.

One of the images depicted a mysterious spacecraft which measured several hundred feet in diameter.

During the lecture, Mr. Dean narrated how on the morning of the February 2nd, 1961, World War III almost began. The blame to take was a weird flotilla of UFOs.

“It appears that on the morning of the 2nd of February 1961, World War III almost started. It was involved in the flyover of large numbers of circular metallic craft, flying in formation, very obviously under intelligent control,” said Mr. Dean on his lecture.

“They would fly out of the Soviet sector in the Warsaw Pact toward the U.S. in formation at a high speed and at a very high altitude. They would turn north over the English Channel over the southern coast of England and then they would disappear off of NATO radar over the Norwegian Sea.”

Within 20 minutes, it was all over. The objects flew, turned north and disappeared off of the radar,” added Mr. Dean.

After the unusual event that almost set off WWIII happened, researchers conducted a study to explain it.

During the same lecture, he explained what scientists concluded from the study.

He said planet Earth was the subject of observation in the past thousands of years. Dean also said experts concluded that in 1964, there were at least four different groups coming here, to observe and analyze mankind.

Furthermore, he stated scientists also concluded that this wasn’t a military threat since ‘they’ didn’t show signs of being evil and malevolent.

“If they were evil in their intent and they were hostile toward us, it would have been over a long time ago,” said Dean.

The following image comes from the Apollo 12 mission, Apollo Systems 12, roll number 50, negative number 7348. A mysterious body was allegedly spotted by Apollo astronauts as they were circling the moon. 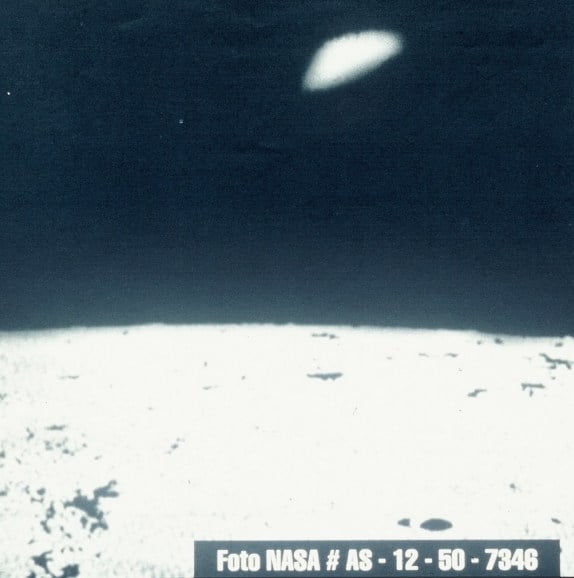 This image was taken by Astronaut Neil Armstrong. While the astronauts were observing the exterior from the window of their craft, this cigar-shaped object hovered next to them. 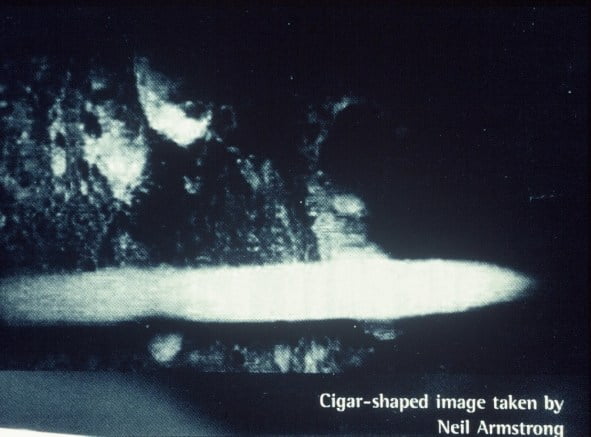 According to Mr. Dean, the next image shows a disc-shaped craft measuring several hundred feet in diameter. It was taken by astronauts who already made their way to the Moon’s surface. 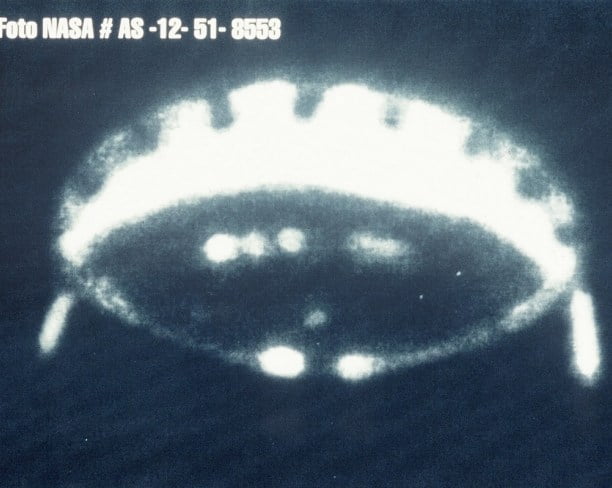 The next two images were snapped by Apollo Astronauts when they were flying over the so-called Lansberg crater.

“While they were looking at Lansberg, this object happened to express interest in them and flew by. This is a good-size object flying past the Apollo Lander,” said Mr. Dean. 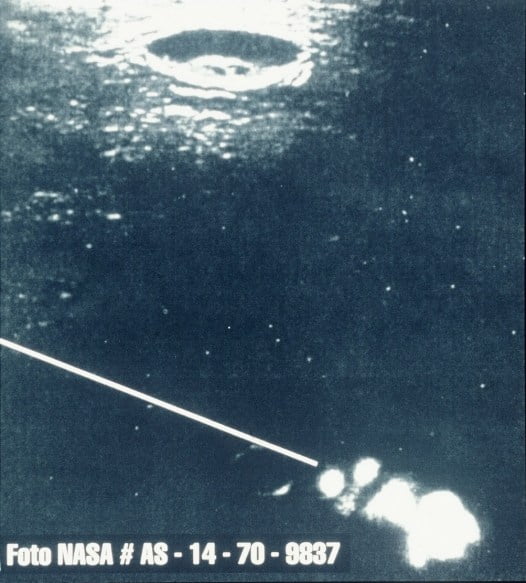 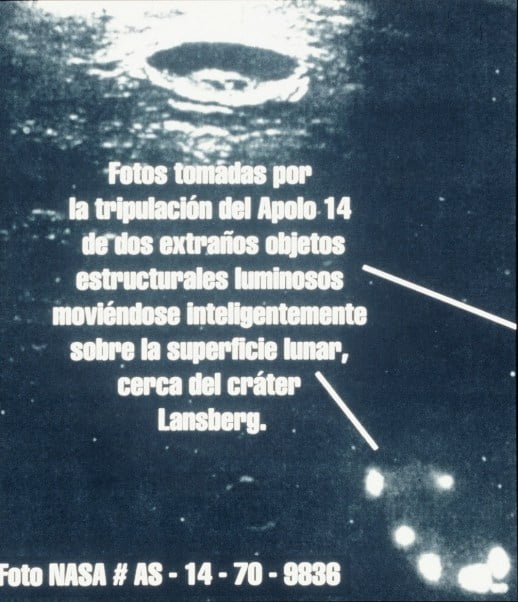 Read the complete transcript and browse for more images here.