There is a fourth pyramid in Giza and its color is black, according to a late Danish navy captain and researcher.

Frederic Norden was a Danish naval captain and explorer who was very productive during the 1700s.

He has left behind many notes as well as drawings of people, monuments, and maps. His work was part of the post-mortem extensive documentation called Voyage d’Egypte et of Nubie.

The ancient Egyptian civilization and their awe-inspiring achievements, on the other hand, has always been a topic of fascination for every person and researcher in the world.

Yet, the first thing that comes to our mind when it comes to Egypt is, of course, the marvelous Giza plateau and mysterious history of the pyramids sprawling on it.

The mainstream knowledge throughout the world is that the plateau consists of three pyramids.

However, some intriguing ancient texts suggest there was a pyramid number four totally distinct from the rest.
This ambiguous pyramid was allegedly made of a stone blacker than common granite.

The Danish explorer, who was also apparently fascinated by the mystery behind the pyramids, described this pyramid in his book.

He said there is a fourth pyramid in Giza and pointed it on a map on page 120 of his aforementioned book.

Norden detailed the enigmatic pyramid: “The main pyramids are in the east, south-east of Giza. There are four of them; who get the most attention from the curious. The two pyramids that are farther north are the largest and are five hundred feet tall. The other two are much smaller, but they have some peculiarities.” 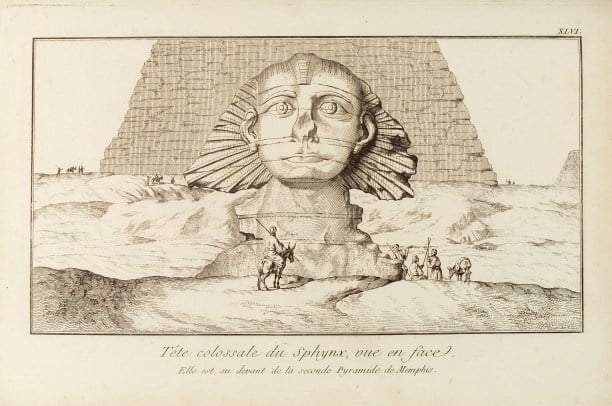 The pyramid doesn’t have cover and looks similar to the others. But, it has one unique feature regarding its top.

Namely, the top ends in a single large yellowish stone which seems like it was used as a foundation. Moreover, it locates farther the line more to the west, unlike the other pyramids. 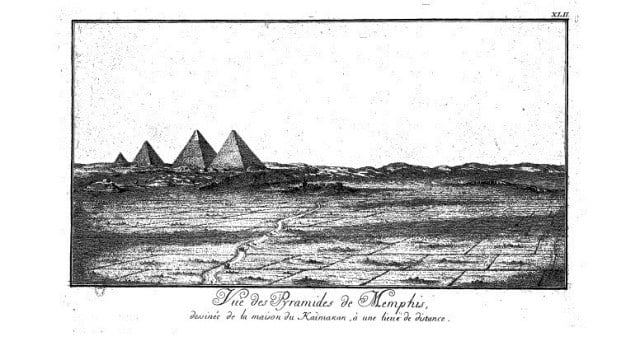 Mainstream scholars deny the idea there is a fourth pyramid in Giza. They explained that the researchers at that time were confused by the pyramid of Menakure mistaking it as the fourth pyramid.

On the other hand, Norden perfectly details that the pyramid is made up of darker stones. The Menakure pyramid confronts this description since it was made of sandstone.

In his book, Norden also points out there might be seven (possibly even eight) minor pyramids on the Giza Plateau.