A UFO saved the Earth by blocking a devastating meteor which struck Russia and thus saved the world from a bigger catastrophe, claim some theorists.

The large meteor blasted over Chelyabinsk, Russia, back in 2013. It exploded with a force as great as 30 Hiroshima nuclear bombs. These results were broken windows and over 1,000 people injured.

NASA estimated the meteor to have been 55ft-wide and with a weight of some 10,000 tons. The meteor probably blasted above the Ural mountains with a 500 kilotons force.

Besides that, experts who didn’t foresee this event have concerns Earth could suffer something worse in the future.

In the meantime, conspiracy theorists have thought of another explanation. They claim that although humankind didn’t predict this event; however, someone else did. And that someone else might have extraterrestrial root.

UFO experts analyzed video records of the incident and concluded there is an object which is visible as it’s smashing into the rock from beyond space. 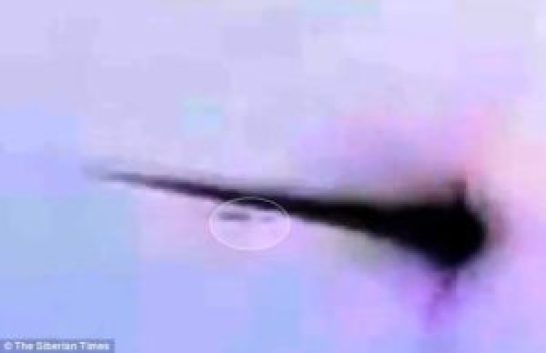 Moreover, that day there were no reports of Russia launching missiles to down the celestial intruder, they claim.

Alexander Komanev, a coordinator for the Russian UFO community in Yekaterinburg, said: “At first, we also believed the Chelyabinsk meteorite was just an ordinary meteorite, a cosmic body.”

When observed closely, Mr. Komanev says you can see an object intercepting the meteorite and the meteorite explodes and falls. This is how they theorize their claim that a UFO saved the Earth. A similar event happened back in 1908 in Tunguska and later became one of the most famous UFO incidents.

Yury Lavbin, who heads the Tunguska Space Phenomenon public organization, said: “In both cases, there were two objects, and a UFO knocked down the second object.

“In the Tunguska case, the UFO was itself destroyed. We know this because we’ve been to Tunguska and recovered metallic fragments that are impossible to produce on Earth.