Together with the Ancient Astronaut Theory emerged also the popular beliefs that early people were visited by otherworldly creatures. Not only that they have come down here, but they that they have also helped to build some of the today most famous mysterious ancient sites.

Many experts strongly believe Earth overwhelms with evidence of alien contact. Ancient sites are definitely one of the possible proofs.

Centuries have passed and scientists still wonder about the way these sites were created.

The heavy stone structures impose the question of how the massive blocks were carried for hundreds of kilometers.

However, as much as they try to answer some questions rationally, other questions emerging after them continue to be an enigma.

With so many puzzles on their mind, some people have started doubting whether some of these ancient sites may have been created by aliens.

1. Sacsayhuaman: Could it be an old alien fortress?

The Inca Fortress of Sacsayhuamán is located outside of Cusco, Peru. This site contains huge stones, cut and places like a gigantic jigsaw puzzle.

Sacsayhuamán’s walls carry Andean rocks that have a weight of 300 tons each. Moreover, their transportation involved carrying them on 50 kilometers distance.

However, their moving is not so weird itself, but the way they all fit into place with exact precision. Therefore, many people believe alien visitors helped ancient people cut, move and implement the 300-ton-stones.

2.Teotihuacan – the city of Gods 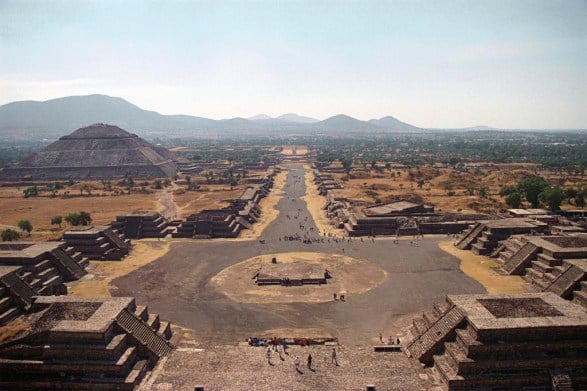 Teotihuacan is an enormous ancient city. It is one of the ancient sites notable for its pyramid system and amazing astronomical arrangement.

Also famous as the city of Gods, Teotihuacan was built thousands of years ago. However, its amazing yet mysterious design made many people believe extraterrestrials had their part in its construction.

3. The Great Pyramid of Giza 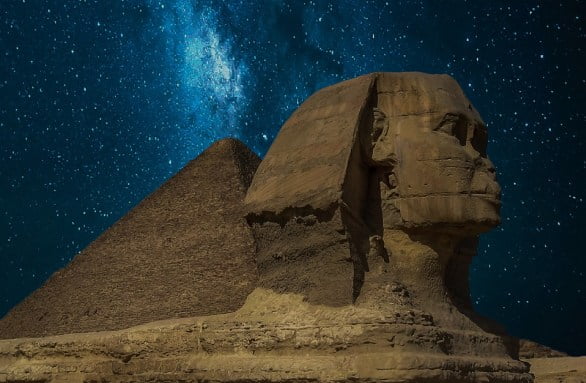 The Great Pyramids of Giza is probably one of the most famous yet most mysterious sites on Earth. Although there are some documents to explain how the stone blocks were carried, archaeologists still wonder how the whole structure was built.

How did the ancient Egyptians move the stone blocks as the pyramid developed larger and larger? Moreover, what was its purpose since experts haven’t found a mummy inside it?

How is it possible that the manufacturers settled the Great Pyramid at the exact center of Earth’s landmass, more than 4,500 years ago?

So many questions emerged a theory that the Pyramids weren’t part of a human-hand construction but an extraterrestrial one. 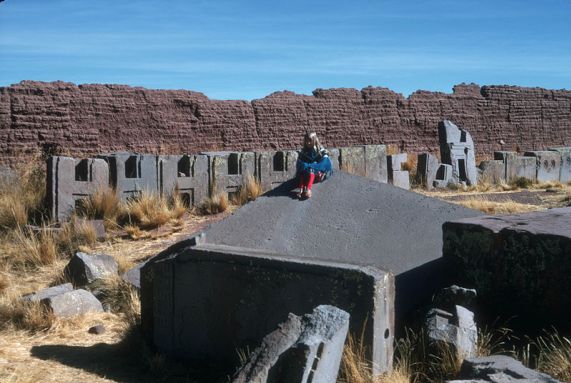 Around 45 miles west of La Paz Bolivia, we encounter one of the most astounding ancient sites on Earth.

Puma Punku contains a vast number of enormous megalithic stones monuments. Their accurate cuts and perfected surfaces have been quite challenging to explain.

The stone’s cut is so precise, they fit together in a perfect way. Hence, many people claim this site was a product of ancient gods or aliens. 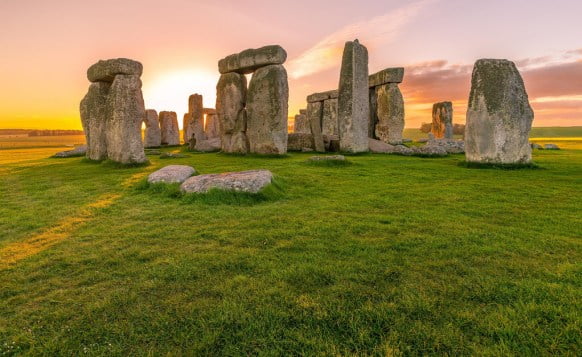 As one of the world’s most famous ancient sites, Stonehenge locates outside of Salisbury, England. It is actually a huge circle of stones varying in mass between 30 and 60 tones.

People believe this monument was built during the Neolithic period. It excited many authors, like Erich von Däniken to contemplate whether it’s a large model of our solar system or a landing pad for aliens.

Even today, experts are still incapable of cracking the mystery behind Stonehenge.