The Apollo lunar missions were indeed helpful to the collection of data for Earth’s Moon. However, the Moon still fascinates so many people and in fact, there are a few irregularities that point out to the fact this space body might have been engineered.

Many people and researchers strongly believe the Earth’s Moon is engineered hardware part with a 3-mile thick external coat of dust and rocks.

Down below this coat, they further believe the moon has a 20-miles thick shell produced out of repellent materials like titanium, uranium 236, and mica.

Robin Brett, a NASA scientist said: “It seems easier to explain the non-existence of the Moon than its existence.”

Do you believe the Moon is an enormous hollow base? Here are five anomalies that suggest the positive.

1) The Earth’s Moon appears to be engineered.

Back in 1969, NASA crashed a lunar capsule on purpose. This resulted in a force identical to one ton of TNT on the Moon’s surface.

When the crash waves eventually amplified, NASA scientists started listening carefully what is actually going on.

Curiously, the only thing they heard was a sound that resembled a bell which was echoing for about thirty minutes.

Ken Johnson, a supervisor of the data and photo control department, described how the Moon not only reverberated like a bell but it “wobbled” in such a specific manner that it was “almost as though it had gigantic hydraulic damper struts inside it.”

2) There are materials on the Moon that basically shouldn’t be there.

A very intriguing article published by Mikhail Vasin and Alexander Shcerbakov called “Is the Moon the creation of Alien Intelligence” openly imposes questions regarding our second topic. Namely, how is it possible for the moon to carry minerals like Titanium?

Moreover, scientists have discovered moon rocks which contained concocted metals such as Brass, Uranium 236 and Neptunium 237.

These are materials that can never emerge in a natural way. So, how on Earth did these materials happen to come to the Moon’s surface?

3) Earth’s Moon doesn’t have a firm core like the other planetary bodies do.

So many researchers are more and more convinced every day that the Moon, in fact, is a hollow interior. Why? Because the Moon’s density of mass is positioned at an area just beneath the surface.

4) The Moon is older than Earth.

There are so many weird things in our universe. Yet, nothing can compare to our Moon.

According to the researchers, ‘she’ is 4.6 billion years old. On the other hand, our Earth is around 800,000 years. This is a point which indeed raises a lot of dilemmas.

5) The Moon has a perfectly circular orbit.

Earth’s Moon is the only moon in our solar system which has an almost flawlessly round orbit. To put it differently, our Moon isn’t comparable with the other moons. It’s quite unique, actually.

Moreover, from any location on our planet, only one side of the Moon is noticeable. Weird enough? 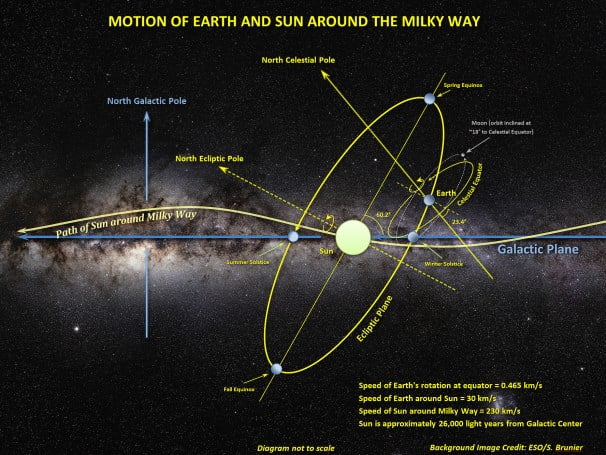